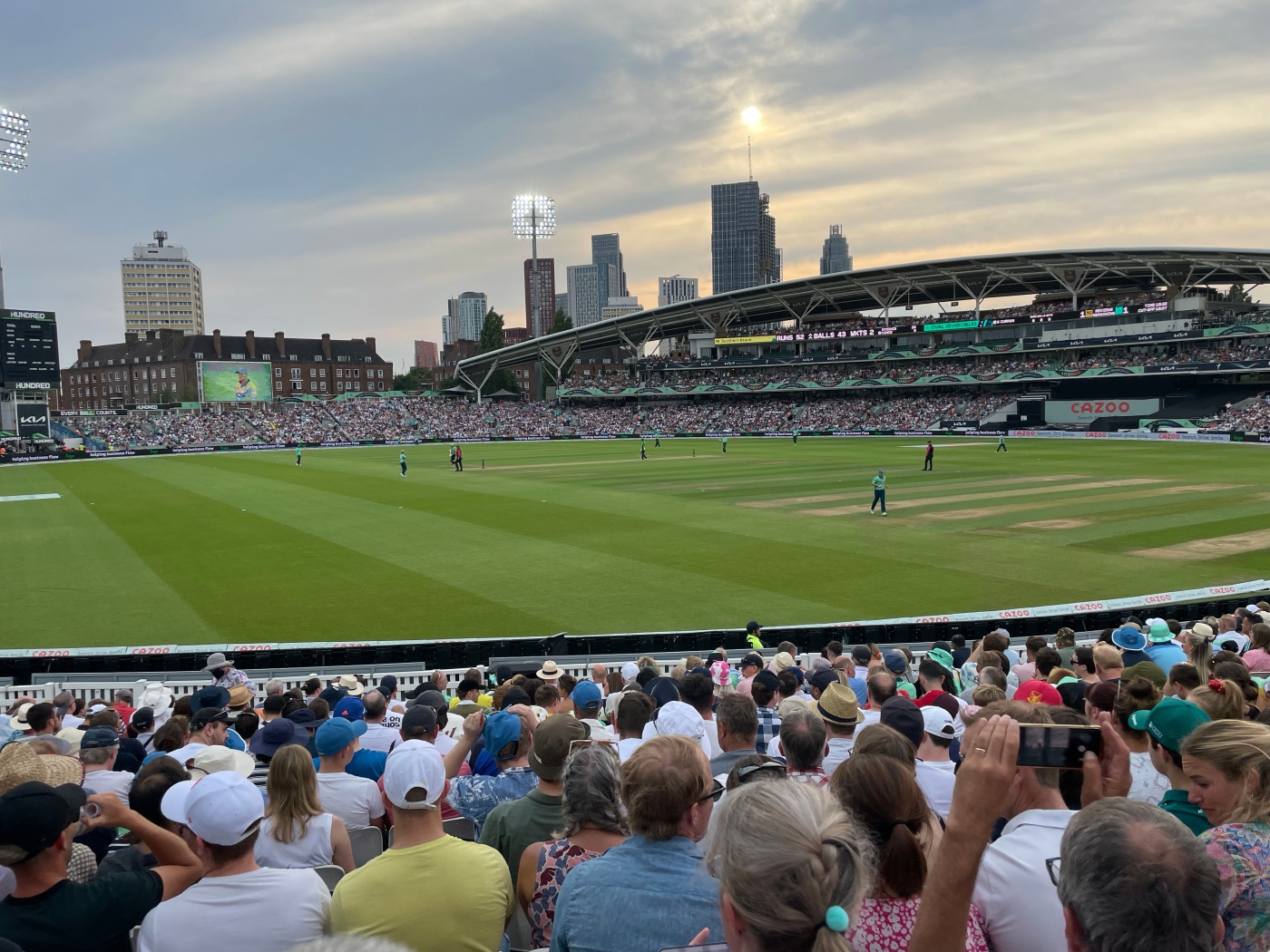 When I come to write my blog there is usually one event from the week that I want to write about. It might be something surprising that has happened, an insight I have gained, or just an occasion I have enjoyed. This week I am struggling because I have had two really great days out. On Sunday I went to “The Hundred” cricket match at the Oval in London. On Tuesday I spent the day at the Edinburgh Fringe. So let me tell you about both, and you can decide which is better.

Starting with the cricket, it was a blisteringly hot day in London, but there was plenty of water and plenty of beer, so I kept myself lubricated. I was with my brother, two nieces and a fiancé, so it was a family day out and there was a good mix of banter and chat. My brother had brought a picnic and we settled down to watch the game. The Hundred is a twenty over game (like the India Premier League Twenty Twenty) but for some reason, each over is five balls instead of six. The women’s game was first and sadly was a bit boring, especially since “our” team, the Oval Invincibles, lost. The men’s game was more dramatic, culminating in an incredible score of 108 for one of the batters. After the game, we retired to the pub to let the crowds disperse, before heading to the train station, and for me an overnight sleeper train to Scotland. What a great day out.

The Fringe was also a wonderful day. Edinburgh Festival has been cancelled for the past two years, due to Covid so there was a real excitement in the air, as I wandered the streets and alleyways. Over the years I have learned not to cram too much in, so I saw just three booked shows. The first was in a free venue, and showcased five up and coming comedians. Perhaps my favourite was Carla Gordon. Watch out for her on your screens in coming years. The second show I went to was also stand up comedy, but was with a very established comedian, Simon Munnery. He is known for being alternative which I think is code for a bit weird. But I did enjoy the show very much and laughed a lot. I then had a couple of hours to wait, so I sat in a little park, watching street performers, till it was time for the Dean Friedman concert. Dean is a 1970s singer from New York that I have followed for years. He did not disappoint, with a good mix of old and new songs, and I walked back to the station feeling extremely happy.

So two really excellent days out, and a nice break from our semi-permanent holiday on our narrowboat. But which was better? What do you think?